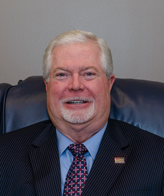 Raleigh Bailes has been a practicing Certified Public Accountant for over forty years. Prior to forming his own firm and co-founding Bailes Bates & Associates, LLP, he was a partner with national and local accounting firms. Earlier in his career, he served as an Internal Revenue Service agent and instructor.

He is a graduate of the University of Houston, receiving his Bachelor of Business Administration in Accounting in 1970. He also is a life member of the UH Alumni. In 1990, he earned Chartered Financial Consultant designation from the American College, Bryn Mawr, PA. He earned the Personal Financial Specialist accreditation from the AICPA in 1995. Upon successfully completing the 1994 U.S. Tax Court examination he was admitted to practice before that Court on April 17,1995.

Mr. Bailes welcomes the challenge and opportunities of being a financial services professional. He has spoken at numerous seminars presented by the AICPA, TSCPA and NCCPAP, as well as at civic and business meetings, on such topics as partnership taxation – advanced; problems of closely-held corporations; estate and gift taxation – advanced; tax aspects of bankruptcy; Ten Steps to Successful Estate Planning; Exploring the Loopholes of the 1993 Revenue Reconciliation Act; Increasing Productivity Through Empowerment of Personnel and the Taxpayer Relief Act of 1997. Additional areas of tax expertise include real estate, oil and gas, financial institutions and reorganization. He has been a frequent guest of local radio talk shows on a variety of tax topics.

He particularly enjoys working with the closely-held businesses and their owners in understanding their business, their objectives, and their vision for success.

In the area of litigation support, Mr. Bailes has given expert testimony on taxation in bankruptcy, corporate reorganizations, individual taxation, as well as determination of lost profits and damages sustained. He also enjoys business valuations. He has been involved in numerous negotiations of business acquisitions and dispositions. He has also acted as an arbitrator in alternative dispute resolution cases. He has experience before the U.S. Tax Court.

He is a member of the American Institute of Certified Public Accountants (AICPA) and its PFS section, Texas Society of Certified Public Accountants (TSCPA), and the Houston Chapter of the TSCPA. He is also a former member of the Estate Planning Conference Committee and the Litigation Service Committee of the TSCPA as well as the National Association of Certified Valuation Analysts. Raleigh is also part-president and director of the National Conference of CPA Practitioners.

He and his wife Bette have resided in Sugar Land since 1989.